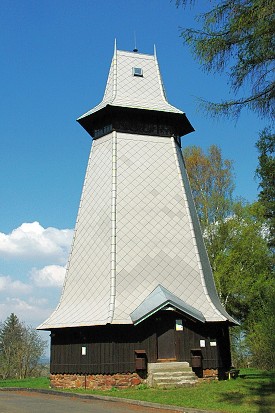 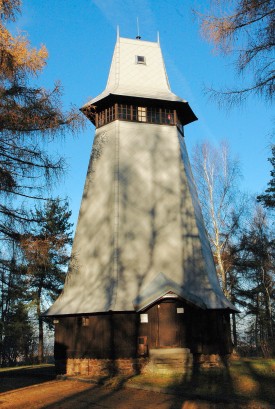 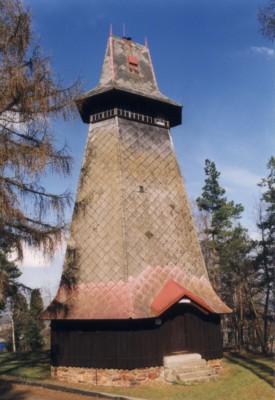 The Hýlačka Lookout Tower of Freedom was built by the Czech Tourist Club in the form of the Hussite watchtower in 1920 and inaugurated on 27th June in the same year. Its height is only 18 m because of the hill named Hýlačka (525 m above sea level) at the village Větrovy (a part of the City of Tábor) was bald at that time. Nowadays the lookout tower is partially under cover of trees but it still provides a fine view of the City of Tábor and surrounding hills from the Čertova hrbatina, Bukovec, Chotoviny, Mladovožicko, Dubské vrchy up to Castle Choustník could be seen in conditions of good visibility, too.

The lookout tower has been projected by Architect Theodor Petřík, Professor of the Czech University of Technology in Prague, in the form the Hussite watchtower with the hexagonal stone base and near vertical roof frame construction that is covered with shingles. The viewing platform is glazed. The foot of the lookout tower lays in the same height above sea level as the top of the Tábor Church Tower (73 m) and so you have the whole City of Tábor spreading before you.

The Czech Tourist Club has been owner of the lookout tower since 1990 again. After substantial rebuilding, it was reopened on 5th May 1991. You will find information about the height and spacing of the surrounding hills in the panoramic map there.

The Czech Tourist Club organises various plays for children at the lookout tower - Burning of the Witches, Fairy Tales at Hýlačka and Saying Goodbye to the Summer.

In 1995 the Ministry of Cultural acknowledged the Hýlačka Lookout Tower as a historic object and it was declared a national monument. 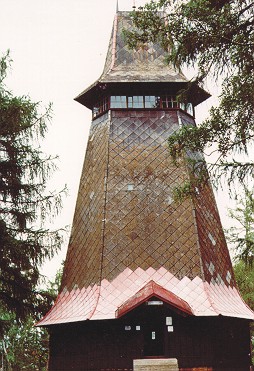 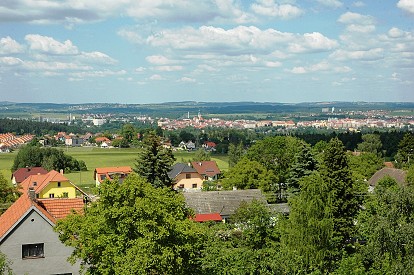